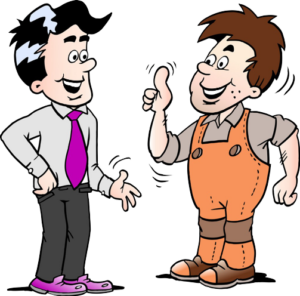 Donald wanders in to the hardware store and tells the salesman he’s got a lot of firewood to cut and what could he buy to do the job.

The salesman shows Donald the best chainsaw he’s got and tells him he should be able to cut at least 500 cubic ft of wood an hour with it.

Donald says great and takes the chainsaw home with him.

The next day Donald brings back the chainsaw and says he was only able to cut 2 hundred cubic ft of wood with it.

And he wants his money back. The salesman says that can’t be right let’s have a look at the chainsaw.

So he puts it on the counter and starts it up. He revs the engine a couple times. Vroom vroom!!

And Donald says, “what’s that noise?”

The middle of the night pouring rain