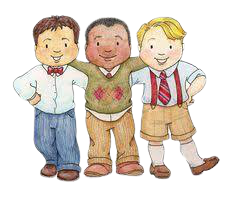 So my friend Sam got a job with a large oil company to work oil fields in the Middle East.

Once he got to his site, he found he was 35km from the nearest town, no one had a personal vehicle, and the crew was 100% men.

All was well for a month or two, but Sam was getting very  frustrated.

My friend was horrified and would not listen to the other crew member describe just how the camels were used.

Another few weeks went by, and Sam began really looking at the camels.

Most were smelly and huge, but there was one smaller female that caught his eye.

She seemed cleaner, very docile, and had these long eyelashes, with a bit of a coquettish look to her face.

Another couple of weeks, and Sam found himself spending quite a bit of his off time grooming and, well, fondling this sweet girl.

One night the pent up frustration and easy availability of the camels finally convinced him it would not only be ok, but could actually be a beautiful, mind blowing experience.

He brought a short ladder, and led the lovely young lady away from the pack, whispered to her was gonna treat her right, and set up his ladder.

But as he began his foreplay, just a little tease with his fingers and hand, she bit, kicked, stomped on him and ran off.

When the other guys heard the ruckus, they came running to find my friend, heart broken, bleeding and in shock at the rejection.

He asked the crew what he did wrong, and they said, “well, when we get frustrated, we usually just ride the camels to town.”

I was driving in the desert

A experienced old hunter how