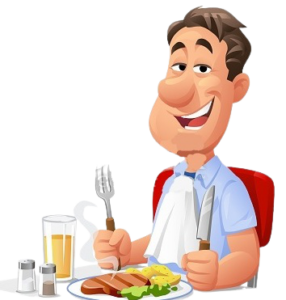 Jack was running late on his lunch hour and has a meeting directly after so he dove into little cafe near his office building for a quick bite.

At the counter he spots Dave from engineering just sitting there staring into a bowl of stew.

Jack tells him his predicament and asks that he eat Dave’s order and when his arrives Dave can have his.

Dave says nothing but grunts what Jack thinks is agreement.

Jack goes to town on this bowl of stew and as he approaches the bottom of the bowl he spots a dead field mouse at the bottom,

Jack immediately throws up the stew back into the bowl.

A gambler gets a notice that

A cucumber walks into a bar