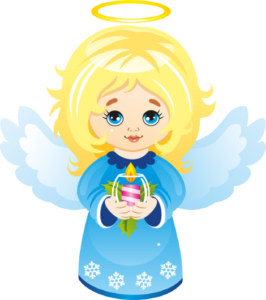 There was once an angel who was very happy with life because she was very beautiful and she always got to wear pretty, perfect dresses.

One day, when she ran out of clothes to wear, she decided to wash them.

When she took her dresses out of the washing machine, she noticed several small pieces of fibre were just stuck randomly on her pieces of dressing.

This incident absolutely traumatized her. She was always known for how perfect she and her dresses were.

She began to spiral and in the process, slowly began losing her breath.

After a few moments, she was unable to breath completely and became unconscious.

When she regained her consciousness, she was still pretty traumatized but to her surprise she also found out that due to this incident, she had been awarded with her own place to live in.

She thought that she is anyway not getting over her trauma so she might as well go to this place and try to live out the rest of her life peacefully and so she settled down in her new space.

A few years later, a stranger intrigued by the stories he had heard paid her a visit.

He was surprised to see how great the angel’s place was and out of curiosity, quickly asked, “How did you manage to get a place like this?”

“Because you see”, she said, “the area of a rekt angel is the product of its lint and its breath”.

A woman was in bed with her