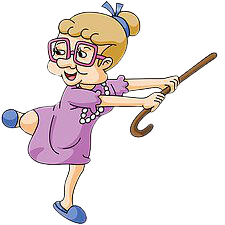 A news station was interviewing an 80-year old woman who had just gotten married for the 4th time in her life.

The interviewer was asking her questions about her life, about how it felt to be marrying again at 80, and about her spouse.

The lady mentions hat her new husband is a funeral director.

Then the reporter asks her if she wouldn’t mind telling him a little bit about her first three husbands.

She pauses for a few moments, needing some time to reflect on all of those years.

After a short time, she shares some details about her first husbands.

The first, she says, was a banker, whom she married in her 20s. In her 40s, she married a circus ringmaster.

In her 60s, she married a preacher, and now, in her 80s, she’s marrying a funeral director.

The reporter asks her why, if there was any reason, did she choose to marry those specific people.

She responds, “Well, I married one for the money, two for the show. Three to get ready, and four to go!”

A Stupid kid walked in his