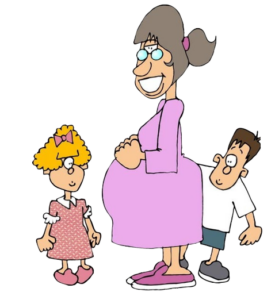 A woman pregnant with triplets , 2 girls and a boy, was walking down the street when she was shot 3 times in the stomach.

Somehow, miraculously , she and all 3 of her babies survived. 19 years later she’s at a family reunion and her first daughter comes up to her , visibly shaken.

She says “mom, I just  out a bullet and I’m freaking out!” She sits down and holds her head in her hands , panicking.

The mom figures this was related to that day 19 years previously. She said “honey, don’t worry , I’ll explain what happened…”

She explains what happened and the daughter , feeling better, goes off back into the party.

A few minutes later , her second daughter comes up and the same thing happens.

The mom explains again, amazed that this is happening.

The daughter is relieved and goes to tell her boyfriend she isn’t dying of some weird bullet-related illness.

A few minutes after that, her son comes up and says “hey mom, you’ll never guess what just happened” and she says “you pissed out a bullet?”

Arthur was having a walk and dog

John was driving down a road