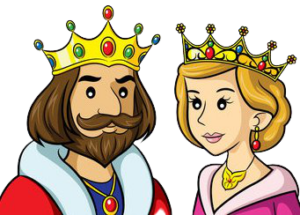 A King is going on an adventure in a faraway land leaving his beautiful queen.

So He ask for his 3 brave knights to guard her he is away.

But in doing so,He put an improvised  guillotine to the queens.

Then after a year,The king came back,Then He ordered the first knight to strip.

Then he ordered the 2nd knight to strip!

Then he ordered the 3rd knight to strip.

There is a large traffic jam

A couple evening of ready to dinner