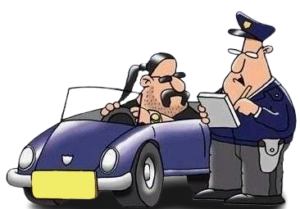 A man is speeding down the freeway when he’s stopped by a police car and has to pull over.

The driver’s wife bums in and says, “Yes, you do, I’m always telling you to keep your speed down.”

The policeman says, “I also noticed, sir, that you didn’t have your seat belt on. You put it on as I was walking up to your car.”

That is not true, sir; I always wear my seat belt,” replies the driver.

“No, you don’t, I’m always telling you to put your seat belt on,” says the driver’s wife.

“Dammit, woman!” the driver explodes, “Can’t you, just for once, keep that big, fat trap of yours shut?!”

The policeman is a bit shocked by how the driver is speaking to his wife, so he moves around to her side of the car.

“Does he often speak to you like this, madam?”

Joe and his father

Wedding night at a hotel