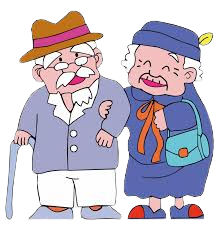 There once was an old couple who had been married for thirty years.

Every morning the old boy would wake up and give off an enormous fart, much to his long suffering wife’s annoyance.

“You’ll fart your guts out one of these days,” she always complained.

After a particularly bad week the wife decided to have her revenge and got up early, placing some turkey giblets in the bed next to the old boy’s ares.

While making breakfast downstairs she heard his usual morning fart reverberate through the floorboards followed by a scream.

“You was right all along Missus,” the old man says, “I finally did fart my guts out, but by the grace of the Heaven, and these two fingers, I managed to push ’em back in!”