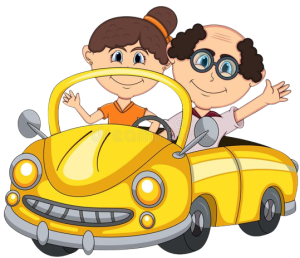 A husband and wife are traveling by car from Key West to Boston.

After almost twenty-four hours on the road, they’re too tired to continue, and they decide to stop for a rest.

They stop at a nice hotel and take a room, but they only plan to sleep for four hours and then get back on the road.

When they check out four hours later, the desk clerk hands them a bill for $350.

The man explodes and demands to know why the charge is so high.

He tells the clerk although it’s a nice hotel, the rooms certainly aren’t worth $350.

The clerk stands firm, and the man insists on speaking to the Manager.

The Manager appears and then explains that the hotel has an Olympic-sized pool and a huge conference center that were available for the couple to use.

“But we didn’t use them,” the man complains.

“Well, they are here, and you could have,” explains the Manager.

He goes on to explain they could have taken in one of the shows for which the hotel is famous.

“But we didn’t go to any of those shows.” complains the man again.

“Well, we have them, and you could have,” the Manager replies.

No matter what facility the Manager mentions, the man replies,

The Manager is unmoved, and eventually the man gives up and agrees to pay.

He writes a check and gives it to the Manager.

“But I didn’t!” exclaims the Manager.

“Well, too bad,” the man replies. “She was here and you could have.”

A magician worked on a cruise ship

A girl went to introduce the man