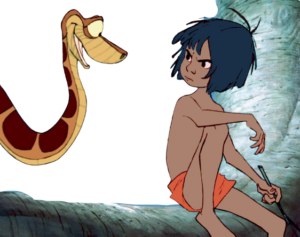 The story goes that Attila used to collect exotic animals that he found during his conquests. He particularly liked dangerous or fearsome animals, and his favourite was a giant snake.

He was so fond of it, it was said that he brought it with him on every campaign. But his snake lost its appetite, and soon stopped eating altogether; perhaps due to the stress of frequent travel and an irregular diet.

Wishing to save his prized pet, Attila sought help from the local chirurgeons and witch doctors. None of them could do anything for him, until a wizened sage suggested feeding the serpent only young female .

Attila was pleased with this idea, and was delighted to find that a city he had raided just happened to have a Christian convent with a convenient supply of the recommended food for his pet.

But the snake refused to eat, or even touch any of the consecrated  from the convent. Enraged, Attila sent for the soothsayer who advised him to have him executed.

Standing before Attila, the old man calmly said, “Before thou killest me, may thee first bring the snake and one of the women to me.”

Curious, Attila did as he asked. Then the old man took some bread and gave it to Attila.

“Now hold these in both hands,” he instructed. Attila did so, and as soon as he did, the snake let out a terrifying hiss, and swallowed the whole.

To an amazed Attila, the old man simply said, “Thy anaconda don’t want nun unless you’ve got buns, Hun.”

A teacher was working with children