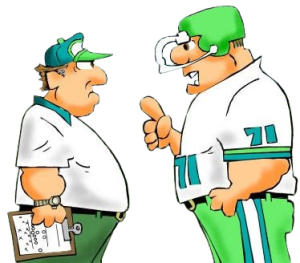 There was a football coach that had a player on his team who was a bit slow.

The Headmaster told him that if the player could learn the formula for water,

then he would be allowed to play in the big game.

The day of the big game came and the Dean called the player into his office and asked him to recite the formula for water.

A man really loved a woman