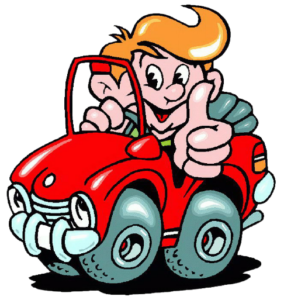 Having never driven a limo, he asked the chauffeur if he could drive for a while. Well, the chauffeur didn’t have much of a choice, so he climbs in the back of the limo and the Pope takes the wheel.

The Pope proceeds onto Highway 95, and starts accelerating to see what the limo could do. He gets to about 90 mph, and suddenly he sees the blue lights of the State Patrol in his mirror.

He pulls over and the trooper comes to his window. The trooper, seeing who it was, says, “Just a moment please, I need to call in.”

The trooper calls in and asks for the chief He tells the chief that he’s got a REALLY important person pulled over, and asks how he should handle it.

“It’s not Ted Kennedy again is it?” replies the chief. “No Sir!” replied the trooper, “This guy’s more important.”

“Is it the Governor?” replied the chief. “No! Even more important!” replies the trooper.

“Is it the PRESIDENT??? replied the chief. “No! Even more important!” replies the trooper.

“Well WHO is it?” screams the chief. “I think it might be God, Sir,” replies the trooper, “he’s got the Pope as his CHAUFFEUR.”

They were captured by pirates

A customer in a restaurant orders