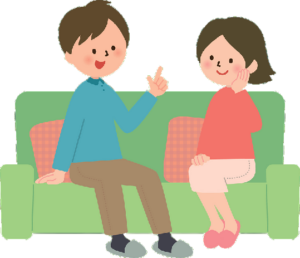 Peter and his wife, Mary had taken the step of matrimony. One day, Peter and Mary sat down to discuss what traits they wanted their baby to have.

After a long discussion, the couple decided that to be successful in life, their baby must be courteous to others and be the most polite person in the world.

They pray together that this may happen. 9 months later, Mary was checked into the maternity ward at the hospital. They waited and waited, but no baby ever came.

The doctor determined that the baby had unfortunately died before it was born. 60 years later, Mary, for some reason, was still suffering the effects of labour.

Peter takes her to the hospital and explains the situation to the same doctor that had helped them decades ago.

After intense communications between the doctors and the nurses, the lead doctor decides that they must perform a c-section.  When they opened Mary up, they found two tiny bearded men with white hair, bowing to each other and saying to each other politely:

“After you, brother, after you.”

Mother riding around on a skateboard