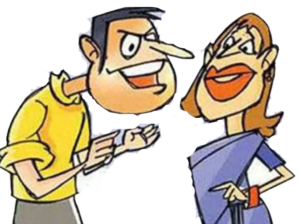 There was once a woman who was married to a man who would make extremely loud and disgusting farts every morning as soon as he woke up.

Every time he did so, the woman was disgusted and told him, “One of these days, you’re going to fart your guts out!”

One morning the woman got up early to cook a turkey for a party they were hosting that night.

As she looked down at the turkey’s guts and entrails that she had just removed, she got a Mischievous little idea…

The woman took the turkey entrails and guts and walked upstairs to her bedroom, where her husband was still sleeping.

She carefully pulled down his shorts and placed the turkey guts inside them.

She smiled and went back downstairs to finish her work.

A few minutes later, she heard her husband wake up with his usual “Sonic-Boom” fart, immediately followed by a blood-curdling scream.

She laughed as she heard him run into the bathroom.

A short while later, he came down to the kitchen still panting from the scare.

She tried to hold back a smile as she asked him what was the matter.

This was his reply: “Honey, you were right! You said one of these days i was gonna fart my guts out,and it happened! But, by the grace of God and these two fingers i was able to get them back in.”

The man can’t believe it

There was a group of 3 robbers