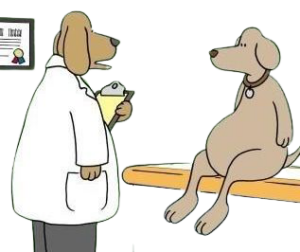 A vet received a phone call very late one Saturday night. “Please come quick,” a very agitated voice on the other end said. “My dog has swallowed ”

“Is he in distress?” the vet asked.

“You don’t understand,” the voice said. “My DOG, has swallowed a .”

“Yes, but unless the thing has lodged in his throat it will probably pass through his system without harming the animal.”

“Please come quick,” the voice went on undeterred. “The dog has swallowed a  and my girlfriend is getting very distressed.”

Eventually the vet gave in and promised that he would come round right away. He was just putting his coat on when the phone rang again.

“About the dog that swallowed the ” said the voice, a lot calmer now.

“Panic over, we’ve found another one in the drawer.”

A snail goes to a car dealership

A women with their husband