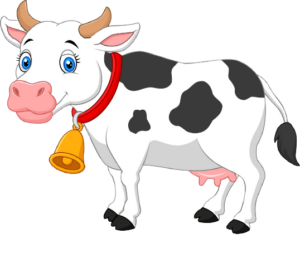 On a farm out in the country lived a man and a woman and their three sons.

Early one morning, the woman awoke, and while looking out of the window onto to the pasture, she saw that the family’s only cow was lying dead in the field

The situation looked hopeless to her — how could she possibly continue to feed her family now?

In a depressed state of mind, she hanged herself When the man awoke to find his wife dead, as well as the cow, he too began to see the hopelessness of the situation, and he shot himself in the head.

Now the oldest son woke up to discover his parents dead (and the cow!), and he decided to go down to the river and drown himself.

When he got to the river, he discovered a mermaid sitting on the bank She said, “I’ve seen all and know the reason for your despair,

But if you will have  with me five times in a row, I will restore your parents and the cow to you.” The son agreed to try, but after four times, he was simply unable to satisfy her again,

So the mermaid drowned him in the river. Next the second oldest son woke up After discovering what had happened, he too decided to throw himself into the river.

The mermaid said to him, “If you will have  with me ten times in a row, I will make everything right.”

And while the son tried his best (seven times!), it was not enough to satisfy the mermaid, so she drowned him in the river.

The youngest son, woke up and saw his parents dead, the dead cow in the field, and his brothers gone

He decided that life was a hopeless prospect, and he went down to the river to throw himself in. And there he also met the Mermaid.

“I have seen all that has happened, and I can make everything right if you will only have with me fifteen times in a row.”

The young son replied, “Is that all? Why not twenty times in a row?”

The mermaid was somewhat taken aback by this request Then he said, “Hell, why not twenty-five times in a row?”

And even as she was reluctantly agreeing to his request, he said, “Why not THIRTY times in a row?”

Finally, she said, “Enough!! Okay, if you will have with me thirty times in a row, then I will bring everybody back to perfect health.”

Then the young fellow asked, “Wait! How do I know that thirty times in a row won’t kill you like it did the cow? “

Who Has The Bravest Soldiers