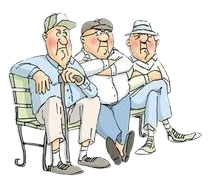 Three men were sitting together bragging about how they had set their new wives straight on their domestic duties.

The first man had married a woman from Italy and boasted that he had told his wife she was to do all the dishes and house cleaning that needed to be done.

He said that it took a couple days but on the third day he came home to a clean house and the dishes were all washed and put away.

The second man had married a woman from France. He bragged that he had given his wife orders that she was to do all the cleaning, all the dishes, and the cooking.

He told them that the first day he didn’t see any results, but the next day it was better.

By the third day, his house was clean, the dishes were done, and he had a delicious dinner on the table.

The third man had married an Irish girl.

He boasted that he told her his house was to be cleaned, the dishes washed, the cooking done and the laundry washed.

And this was all entirely her responsibility.

A friend asked a gentleman