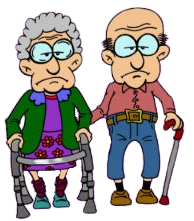 Just Before the Weekly Bridge Game Mr. and Mrs. Jones were an average middle-aged couple who got along well enough as long as Mr. Jones didn’t put his foot in his mouth.

One day, she was running late for the weekly bridge game with her friends she was hosting, and just before she got into the shower, she gave her husband strict instructions to just let the ladies in without talking to them ‘too much.’

When she finished having her shower and was finally done, she came downstairs all dressed up for the little party, but no one was there except her husband.

“Mrs. Smith said she had been having trouble with mice in her house, and Mrs. Brown said that she just stuffed steel wool in their little holes, so I asked her who held their little legs apart.”

A friend asked a gentleman

Phil had always been a prankster