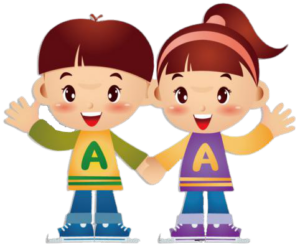 There’s a horse in middle school, he doesn’t really have anything going for him, he’s watching MTV, sees jimmy.

playing, wants to be like him, asks his parents for a guitar, they deliberate but then give him one, he plays.

gets really good, then gives up Few years later, he’s in high school, sees another animal in one of his classes.

it’s a girl he likes, he starts talking to her in the hall, they don’t have much in common, he finds out she plays drums.

remembers he used to play guitar, tells her to impress her, they make plans to meet up, they play, they’re really good, they start dating, but since they have nothing in common they break up, horse quits guitar again.

More years later, he’s in college, there’s an animal in the back of the class who never gets called on and usually sleeps through class,

but one day he gets called on, he has the most amazing voice the horse has ever heard, horse says that he has a friend on the drums and that he can play guitar,

and that the other animals and him should start a band. animal agrees.

Horse calls up drums animal, asks her to meet up again, she says yes, the three of them meet, start playing, they’re really good, they realize they need a record deal to make it big.

they go into a record company, security tries to throw them out, they start playing, the owner of the company comes down and signs them on the spot, they make it big,

The horse is on set at the tonight show talking to Jimmy Fallon backstage, they’re talking for a long time, then Jimmy Fallon gets a call, has to leave, takes 5 minutes, 10 minutes, 15 minutes,

finally over a half hour has passed when he comes back in with a shocked look on his face.

The horse was in shock, he didn’t know what to do or say, his only friends, his dreams, his life had all been taken from him so rapidly.

He knew he couldn’t do the show. He left the studio and was wandering around L.A. he found a local bar, and went in to get a drink to ease his mind.

So the horse walks into the bar, and the bartender says, “why the long face?”

I went for a walk through Memory Lane