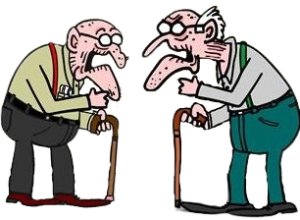 Murphy asked Paddy how he got his black eye.

He said he had been sitting behind a fat lady and when they all stood for a hymn he noticed her dress was creased into the cheeks of her bum.

“All I did was lean forward and pull it out and she turned round and hit me,” said Paddy.

It was a week later and surprised to see Paddy had another black eye.

“I got it in church,” he began to explain.

He said he found himself behind the same fat woman and when they stood for the hymn her dress was once again creased into the cheeks of her bum.

“My little nephew reached forward and pulled it out. But I know she didn’t like that, so I leaned over and tucked it back!”

A Irishman was terribly overweight