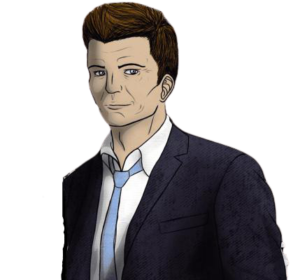 Fritz Hoffman was a city boy who had always dreamed of living a rural life.

All his years, his eyes turned toward the city limits and expanse of trees and open fields that lay beyond his concrete jungle.

Whether it was his parent’s hatred of all things rural or his lack of financing keeping him chained to his dilapidated inner-city studio apartment,

Fritz had resigned himself to believing he would never be able to spend more than a weekend here or there camping in the wilderness.

Then if by a stroke of luck, all that changed. On one of Fritz’s infrequent trips to the country, he happened to spot a decaying for sale sign along a lonely country road.

In a whirlwind of activity, he had found his dream property, had his low ball offer accepted, and moved into the life he had always wanted.

Fritz’s drive to work was now significantly increased, but he cared little.

In truth, he would have gladly doubled it if it was the only way to have the beautiful two-story farmhouse situated on twenty acres of pristine farmland.

One night near the end of October on Fritz’s drive home, his car began to miss and sputter.

Fritz patted the dashboard and tried to sweet-talk his vehicle into making it the rest of the way.

Ignoring his pleas, his car jerked to a stop as it died on that lonely country thoroughfare.

Fritz cursed himself for putting off the maintenance he had known was required.

He stepped out of his dead vehicle and pulled out his cell.

The dreaded but not unexpected words of no service blared out from the illuminated screen as the last rays of sunlight faded in the autumn sky.

Fritz turned on his phone’s flashlight and shined it on a nearby road sign. It confirmed his worst fears.

If he followed the winding road, it was at least a ten-mile trek to his home. He stared into the dark foreboding forest.

Ten miles following the pavement but only slightly more than one if he cut cross-country.

Fritz took a deep breath to steel his nerves before he started through the thick underbrush.

The journey was slow. Fritz had to make certain of each step lest he risk twisting an ankle on some hidden root.

A beep from his phone signalled that a new day had started, and not just any day but Halloween.

Fritz had never been superstitious, but even the most skeptical of persons would have been hard-pressed not to be slightly unnerved by the long shadows cast by the leafless tree branches in the illuminating light of the mobile phone.

Suddenly it dawned on Fritz that the sound of insects that normally serenaded anyone on a country night had fallen silent. Only the whistling of the wind through the canopy above broke the silence.

Then in the distance, a faint thump, thump echoed amongst the trees.

Fritz swung around, looking for the source of the noise. Only tree trunks and dead leaves were to be found.

Putting it down to exhaustion and an overactive imagination, Fritz resumed his travels though with a slightly more hurried pace.

After several more minutes the sound of Thump, Thump, once again rang out.

This time it seemed closer than before. Fritz once again looked around, training his light in the distance on what appeared to be a rustling bush.

A blurred image seemed to be struggling to make its way through the underbrush.

Fritz turned and began to scramble through the remaining length of the forest, stumbling as his he traded caution for haste.

Just as he reached the tree line Thump, Thump once again rang out, filling Fritz’s ears.

Fear gripping him, he dropped his phone and sprinted for the edge of the woods, his heart pounding in his chest as he burst into his expansive front yard. Scrambling back to his feet, a feeling of relief washed over him.

That contentment was short-lived. No sooner had Fritz taken ten steps than Thump, Thump once again tore through the night. Fritz slowly turned around dread coursing through every vein.

From the dark, ominous depths of the forest, an old-timey casket crashed into Fritz’s yard.

Fritz spun in terror and raced for his front porch. The casket in pursuit behind him Thump, Thump, Thump as it gave chase.

Stumbling across the creaking planks of the deck, he shoved his hand in his pocket, desperately searching for his keys.

Fritz yanked them out his hand shaking so violently that he immediately dropped them.

Thump, Crunch, Thump signaled that the casket had itself made it to the porch the planks cracking under the  of its maniacal pursuit.

Adrenalin flowing freely through his system Fritz stooped down and quickly scooped up his keys.

He shoved the jagged piece of metal into the lock and twisted it with inhuman speed nearly breaking it off in the keyhole.

He yanked the door open. Rapidly, he slid inside before slamming and locking the door behind him.

Fritz breathed a sigh of relief as he took a step back and slumped on the stairs leading to the second floor of his house.

THUMP, CRASH, THUMP reverberated throughout the house as the casket smashed it’s way through Fritz’s front door. Fritz’s eyes went wide with horror as the lid of the sarcophagus flung open and the infernal visage of a half-decayed corpse stared at him its demonic eyes glowing red as if they were channelling the very fires of hell.

Fritz’s crawled up his stairs in a desperate attempt to flee. Thump, Thump, Thump the casket pursued. Almost languidly now knowing its prey was cornered.

Fritz reached the top of the stairs and ran into the first room he came to the hall bath. He closed and locked the door in a futile final effort to save himself from whatever gruesome fate awaited him.

Thump, Thump, Crash the casket destroyed the bathroom door. The corpse was now caking with the laughter that sounded like it came from Satan himself.

Fritz out of sheer , reached for the closet thing to him, a bottle of Tussin, and flung it at his tormentor. His aim was true, and it impacted with a thud against the cadaver. And then just like that, the coffin disappeared.

my grandfather had amassed several

Driving a train had been his dream