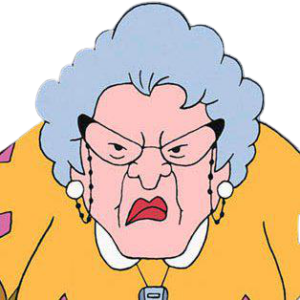 A very cranky old woman was arrested for shoplifting at a supermarket.

She gave everyone a hard time, from the store manager to the security guard to the arresting officer who took her away. She complained and criticised everything and everyone throughout the process.

When she appeared before the judge, the judge asked her what she had stolen from the store.The lady defiantly replied, “Just a stupid can of peaches.”

The judge then asked why she had done it.She replied, “I was hungry and forgot to bring any cash to the store.”

The judge asked how many peach pieces were in the can.She replied in a nasty tone, “Nine! But why do you care about that?”

The judge answered patiently, “Well, ma’am, because I’m going to give you nine days in jail — one day for each peach.”

As the judge was about to drop his gavel, the lady’s long-suffering husband raised his hand slowly and asked if he might speak.

The judge said, “Yes sir, what do you have to add?”

The husband said meekly, “Your Honour, she also stole a can of peas.”

Old Farmer Gets Pulled Over

A parrot to spice up his routine