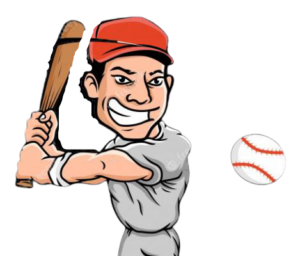 Seated in the Yankee Stadium bleachers, he watched as a man swung a stick, hit a ball and started toward a white bag down the line.

Everyone stood up and yelled, “Run, run!”

Then a second guy came up to the plate, whacked the ball and started down toward the white bag.

Everyone stood up again and yelled, “Run, run!” A third batter came up, but this one didn’t hit the ball

Paddy was completely confused when the batter dropped the stick and started strolling toward the white bag.

Two Drops Of Oil in the

Lion And The Poor Slave