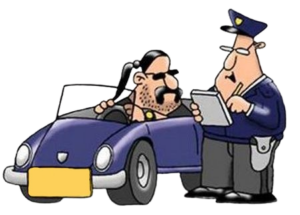 A guy was speeding down the road and got pulled over by a state trooper.

The trooper said, “Do you have any idea how fast you were going ?”

The driver looked at the trooper and said, “Do you see the woman sitting in the passenger seat?”

“That’s my wife,” the driver said to the trooper, “Do you see the woman sitting in the back seat?”

“That’s my mother in law. She lives with us. They just had a big spat and she said she was moving out. I’m trying to get them home before they make up !!!!”

The trooper wrote him a warning and then gave him an attendant home with lights flashing.