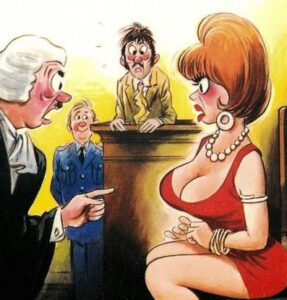 This woman was arrested for shoplifting.

When she went before the judge, he asked her, “What did you steal?”

The judge then asked her how many peaches were in the can. She replied 6.